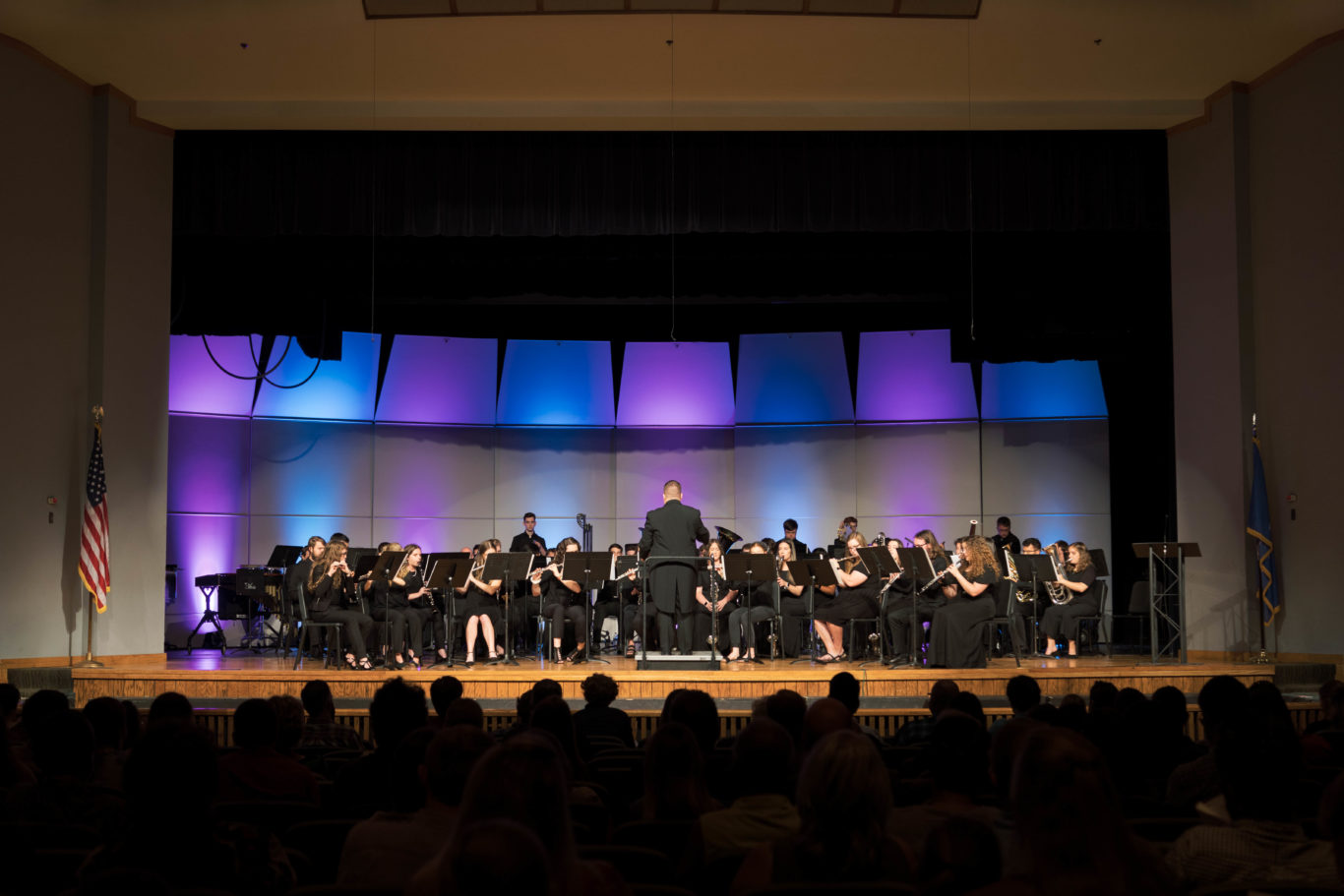 The Oklahoma Christian University Symphonic Band is the largest wind band ensemble, with membership numbers ranging from 45 to 60 undergraduate students. Approximately a third of the members are music majors. The OC Symphonic Band has enjoyed a rich history of performance and travel, including locations all across the United States, Canada, and Mexico. This ensemble is primarily designed for students who simply want to keep playing in band while pursuing degrees in other disciplines, however participation is required for all wind band instrumental music majors. It is open to all OC students who have prior experience in instrumental music, regardless of how extensive that experience is. While cornerstone wind band repertoire is a focus, this band often explores more popular music selections as well.

The Oklahoma Christian University Wind Ensemble is the premiere, university wind band composed of approximately 35-members (often one player per part) who wish to experience a more rigorous and intensive rehearsal/performance environment. Though not yet a separate class (but one day will be), this ensemble is pulled from the membership of the Symphonic Band, and meets during Symphonic Band rehearsal hours. All instrumental music majors are expected to participate in this ensemble, and non-music majors who wish to participate will be selected based on audition results. Within the next few years, this ensemble will become the flagship ensemble for the OC Band program, and will be the primary touring ensemble. Cornerstone wind band repertoire is a primary focus for this ensemble, along with new, contemporary works for band, chamber music, and occasionally more popular selections.

The Oklahoma Christian University “Sweat Band” is the primary athletic band ensemble for OC, and performs at home men’s and women’s basketball games, some volleyball games, and other athletic events. This ensemble is composed of students from all walks of life on campus. Members of the “Sweat Band” do not need to be members of the Symphonic Band to participate, but it is highly encouraged. Instrumentation for this ensemble consists of piccolo, flute, B-flat clarinet, alto/tenor/bari saxophone, trumpet, mellophone, trombone, baritone, sousaphone, electric guitar, electric bass, and drum set. This ensemble meets in both the Fall and the Spring semesters, and scholarships are available for all members.

The OC Jazz Ensemble is primarily an instrumental ensemble composed of 5 saxophones, 4-5 trombones, 4-5 trumpets, and rhythm section. On occasion the group includes a vocalist. This ensemble performs selected literature from the jazz band repertoire. Limited amounts of jazz history, jazz improvisation, and jazz pedagogy are included in this course. Members for the OC Jazz Combo are selected from this group. This ensemble has performed for several Cruise Ships, Jazz Festivals, and Recruiting Tours. Participation is by audition. Dr. Heath Jones, Professor of Music and Chair of the Department of Music is the director of the OC Jazz Ensemble.

PROGRAM CHAIR FOR MUSICPROFESSOR OF MUSIC 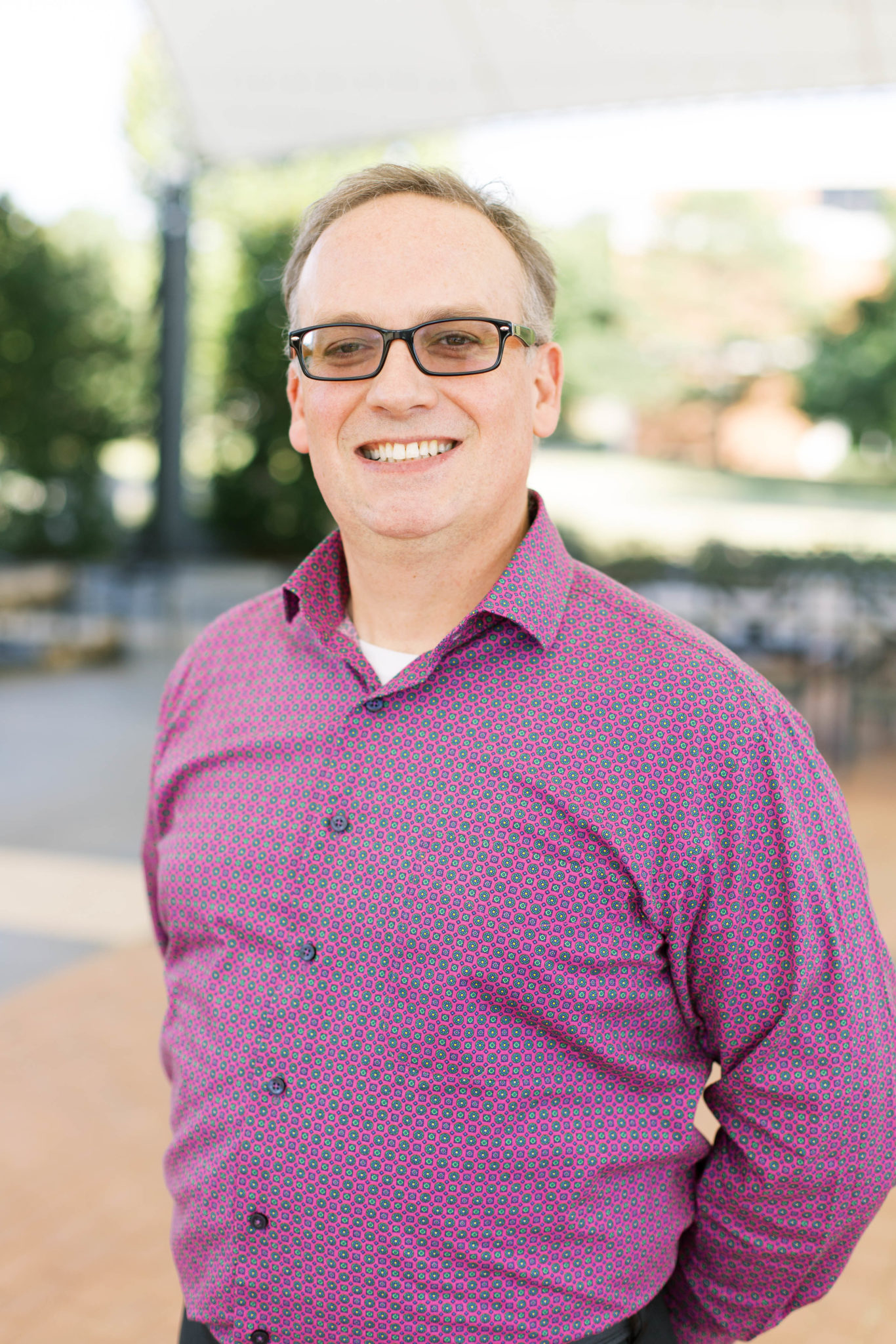 Dr. Jones, Professor of Music and Chair of the Department of Music, joined the Oklahoma Christian faculty in 2000. He teaches applied saxophone, music education, music technology, world music, and jazz improvisation, and directs the Jazz Ensemble and Sweat Band. He is an active professional performer in the Oklahoma City area, and is a past-president of the Oklahoma Chapter of the International Association for Jazz Education. Professional performance experience includes: the Oklahoma City Philharmonic, The Temptations, The Four Tops, Frankie Avalon, Jim Nabors, Leslie Gore, plus numerous others. Dr. Jones is a Cannonball Saxophone Artist, and his webpage can be found at www.heathjones.net.

OC band music scholarships are available to all students, regardless of major, who wish to play in band ensembles. All non-music major students will receive a minimum of $1000/year for participating in the Symphonic Band, with an additional $500/year available for also participating in the “Sweat Band.” Instrumental music majors generally receive higher scholarships, depending on academic standing and performance ability demonstrated in an audition.

All non-music major students who wish to be considered for a higher scholarship amount may submit an audition with the following materials, or audition in-person on campus:

NOTE: Though a submitted audition often results in a slightly elevated scholarship offer, this is not a guarantee, as all offers are considered based on the performance ability of the student, their academic performance, and the need for the particular instrument in the OC band ensemble. 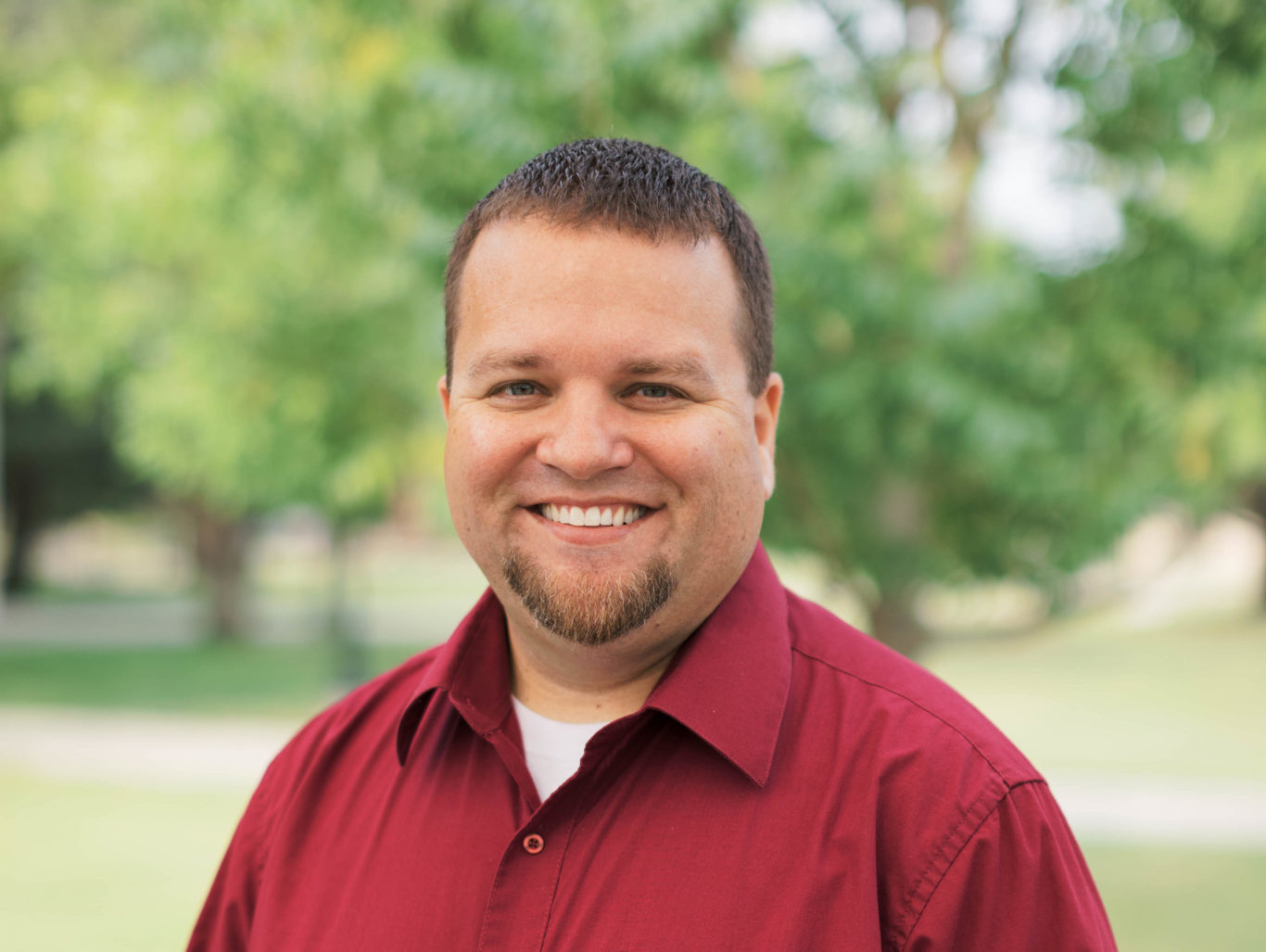 Dr. George Schrader, Director of Bands, joined the music faculty at Oklahoma Christian University in the Fall of 2021. Prior to his current position, Dr. Schrader was the Associate Director of Bands at Texas A&M University-Kingsville in Kingsville, Texas, where he conducted the TAMUK Symphonic Band, University Band, and the 180-member Javelina Marching Band. During the 2015/2016 academic year, he was the Interim Associate Director of Bands at the University of Wyoming, where he conducted the UW Symphonic Band, the “Western Thunder” Marching Band, and led summer camps for high school band leadership students. From 2007 to 2012, Dr. Schrader taught public school band and choir in the State of New Mexico in the school districts of Albuquerque (2007-2009) and Bloomfield (2009-2012). Dr. Schrader is a sought-after drill writer and music arranger for high school and collegiate marching bands, and continues to serve as a clinician for high school band leadership groups. Dr. Schrader also continues to compose original music for wind band and chamber ensembles, along with continuing his research on the American composer Robert Kurka (1921-1957). He grew up in South Haven, Michigan excelling as a trumpeter and vocalist in his grade-school years. He received the B.A. in Music Education from Spring Arbor University (Spring Arbor, MI), the Masters in Music Education from the University of Wyoming, and the Doctorate in Musical Arts for Wind Conducting from the University of Oklahoma. He and his family are members of Memorial Road Church of Christ in Edmond, Oklahoma. Dr. Schrader resides in Piedmont, Oklahoma with his wife Whitney (BSN, RN), daughter Norah (2nd Grade), and son George III (1 year-old).

What’s Your Next Step?